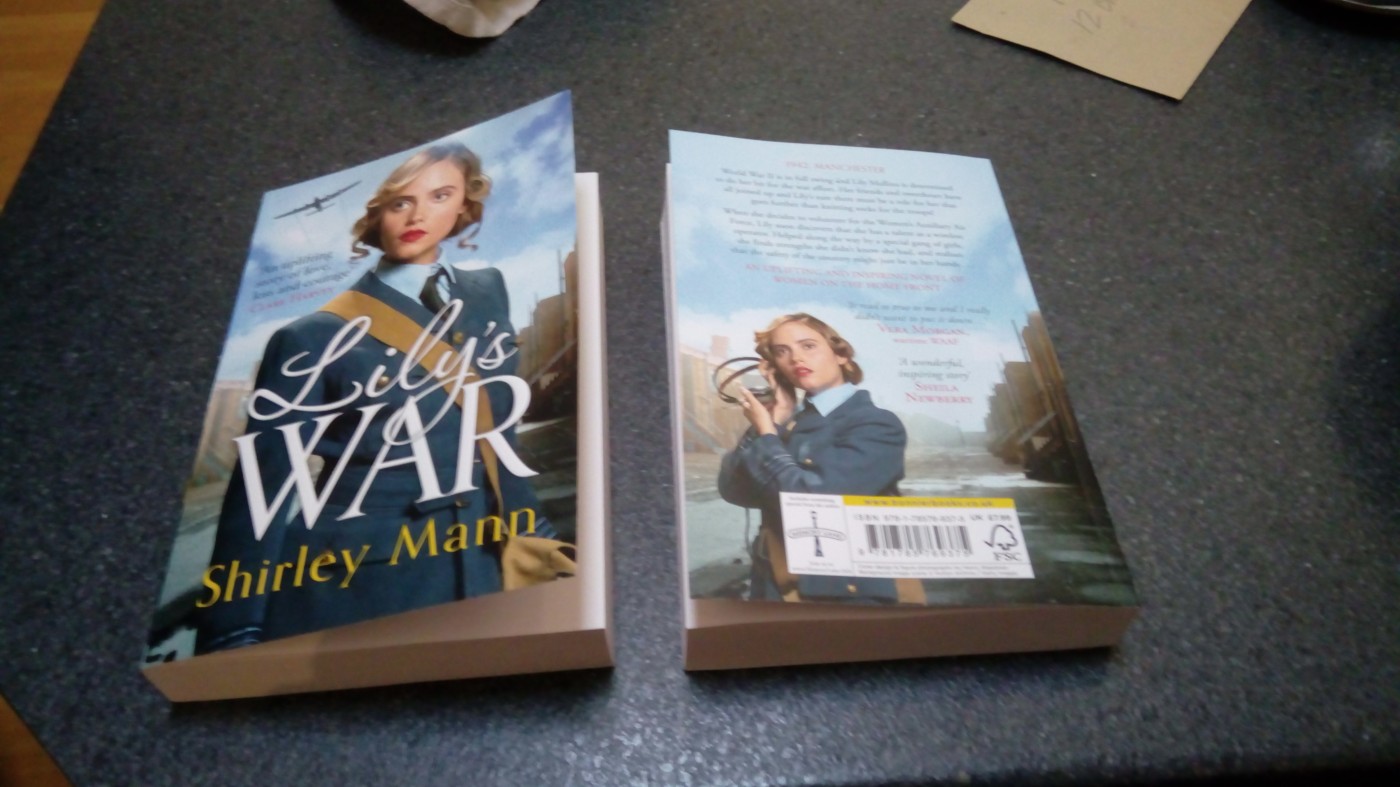 Oh, I can’t tell you how I’ve always longed to say that and this year, I think I can finally say it. Apparently, the e book of ‘Lily’s War’ has been selling really well and I’ve certainly been thrilled by the reviews so I can honestly say, yes, I have some readers! It was the best Christmas present ever to receive two copies of my new paperback ( released 23rd Jan) in the post. Don’t tell anyone but I keep touching the cover and flicking the pages to make sure the advance copies are real and aren’t going to vanish when I wake up.

It’s unbelievable to think that there are people around the country – and maybe even the world, who knows?- reading the story that I wrote, based on my parents’ wartime romance. I’ll be such a pain when the paperback comes out, going around stations, tubes, trains and airports peering at people’s reading matter. If I ever spot anyone reading it, I’ll have a heart attack!

I swear I’m worse than I was when I was seven waiting for a wigwam to be delivered for my birthday but I need to calm down, I’ve rashly promised to finish the final draft of my second novel, ‘Bobby’s War’ by the end of Jan, so I need to stop basking in the glory of being a published author and just bloomin’ get on!